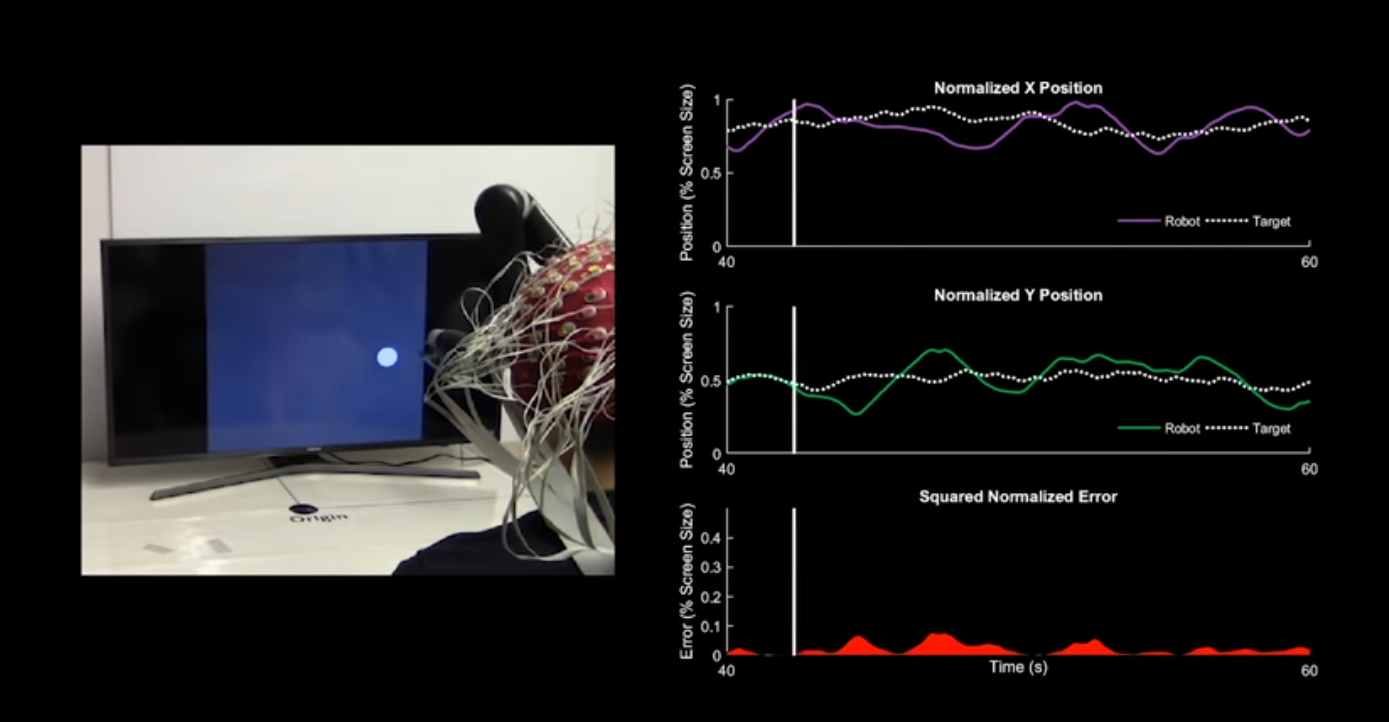 What if you could integrate robotic parts with you’re own body. Well actually, you already can. In fact mind controlled robotic technology has been around in various forms for a while now. The only problem is it’s accessibility – unless you were willing to receive a brain implant, the only other options were external brain activity monitors, which for obvious reasons were inaccurate.
But now a team at Carnegie Mellon University – according to a paper published in Science Robotics – have developed a more accurate method of monitoring brain activity without the need for an implanted device.
Using a noninvasive Brain Control Interface (BCI) which utilises a variety machine learning and sensing techniques to pick up signals from deep within the brain, the team demonstrated the robot arms ability to continuously track a computer mouse and cursor smoothly – the first time such a thing has been done.
The technology used to track this brain activity is an electroencephalogram (EEG) headset – a system being put to use by researchers around the world working on similar projects. As the CMU team highlight in their paper, the lowered risk and cost of external monitoring systems make EEG headsets far more accessible than brain implants – which would require surgery and would likely only benefit particular individuals.
The capabilities demonstrated so far show great potential. People with disabilities affecting movement will likely be the first to benefit from this technology, but as neural decoding continues to improve it’s likely that mind controlled devices will benefit everyone – perhaps being the next logical step in how we interact with technology.
Sources:
https://robotics.sciencemag.org/content/4/31/eaaw6844
https://engineering.cmu.edu/news-events/news/2019/06/20-he-sci-robotics.html