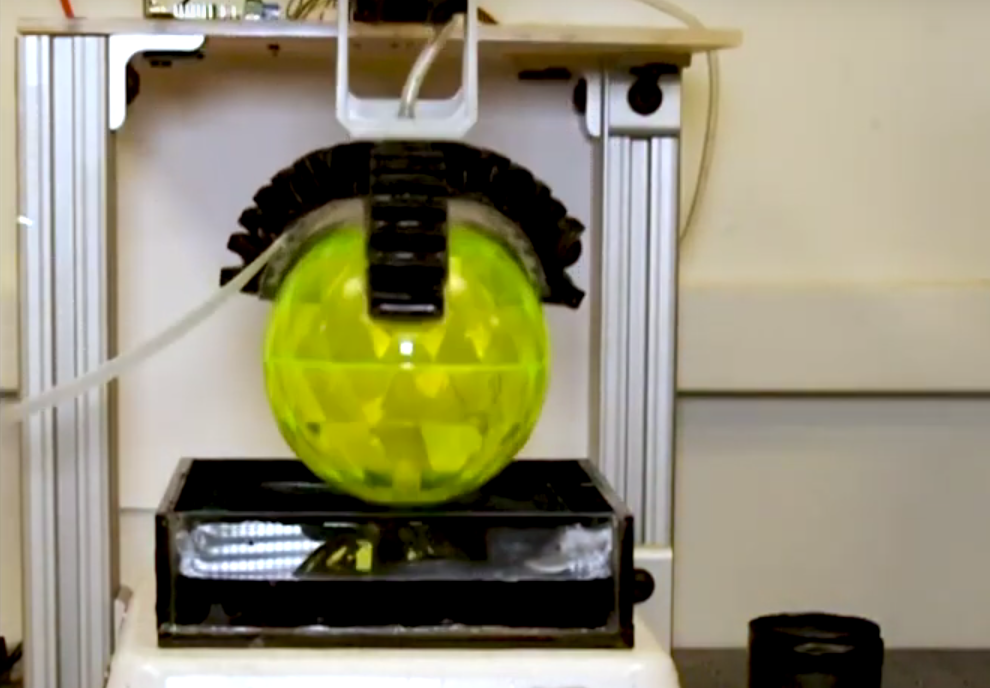 A team of engineers at the University of California have developed a robotic arm capable of ‘tasting’ particular chemicals – according to work published in Science Robotics.
The arm is designed to ‘taste’ the chemical IPTG. Using a soft membrane containing small pores, chemicals can enter the skin of the arm. Inside is a biosensing module based off of the common bacteria E. coli. Once the bacteria detect traces of IPTG entering the membrane of the arm, it releases a fluorescent protein.
Sensors placed below the membrane of the skin are able to detect this light being generated, and sends a signal to the control unit. The AI then decides what it should do – such as picking up an object containing the chemical.
During a test at the University of California, the AI was tested using a bath of water. The arm tested the water for signs of IPTG, then decided on whether or not it should place an object down into the water.
The team claims that the arm is a proof of concept design for future developments in the world of soft robotics and synthetic biology. Cheemang Tan, who worked on the project told Science Robotics that ”Our long-term vision is about building a synthetic microbiota for soft robots that can help with repair, energy generation or biosensing of the environment”
Engineers on the team also said that soft biohybrid robots will be capable of navigating many scenarios once the technology catches up. For example, robots will be able to detect changes in their surroundings and adapt to their senses to these changes.
Despite these current limitations and challenges of expanding the design, the team says this particular method will offer many different advantages in the future.
Source:
https://www.ucdavis.edu/news/robot-arm-tastes-engineered-bacteria