Surviving or thriving with Artificial Intelligence?

This really seems to be the year of artificial intelligence. After years of simmering on the back burners of academia, AI is finally taking off in a big way. The biggest companies in the world are now investing in AI as never before. That’s a trend that’s not about to let up. One impetus for this is the growth of what’s being called Big Data. Think of all the data that companies like Google and Amazon are collecting. Think of the data involved in climate research and prediction. Think of self-driving cars. To analyze so much data, we need tools that go beyond the cognitive capacities of individuals manipulating spreadsheets and databases. We need tools with built-in smarts and speed that can cut through the volume and complexity. For example, Google just reported feeding a humungous dataset of 300 million labelled images into their system to refine its image recognition. AI has emerged as that can-do tool.

Broadly speaking there are two main classes of AI: narrow and general. Narrow AI is smart in terms of a specific domain. Think of a factory robot that is doing the same repetitive task over and over again. Or think of the chatbot you encounter when you phone your credit card company. It takes you through a decision-tree of questions to connect you to the information or person you are looking for. It has a degree of mastery of a fairly restricted domain— definitely not as good as talking to a person but, at the same time, there are many situations where these chatbots do a good enough job that you don’t really need to talk to a person. As a consumer, they can be quite annoying, and I often find myself saying “Agent!” “Agent!” to escape from the bot’s limited loop. From the corporate perspective, however, these chatbots definitely earn their keep by screening the calls and narrowing them down to those that really need to talk to a person. The company saves money by needing to hire fewer people. More about that in a bit.

General AI used to be a dream. The ultimate goal of general AI would be intelligence equal or superior to our own, in terms of wide knowledge, flexibility, the ability to learn, and so on. We’re not there yet, but progress is being made. Through the use of neural networks, modelled more or less on how our brains work, AI is giving computer systems the ability to learn. In the extreme, this is referred to as deep learning. Self-driving cars are beginning to use this deep learning capability such that, remarkably, we don’t know how the car knew to slow down in a certain situation. It was not programmed to do that. There is no computer code that can be examined. Rather, the system learned something that is opaque to us. It’s in the black box, so to speak, and in a certain sense we can’t see inside that box that we’ve created. Weird!

Actually Google has recently announced an effort to try to ensure that future AI will be less opaque. Reports cite a project called People+AI Research, or PAIR. Google says it will release tools designed to help make the inner workings of AI systems more transparent.

As you may have heard, AI has evolved to the point where it can beat world champions of complex games such as chess and Go; and it can dominate in Jeopardy! (TV show). All this, of course, stokes the fears of us mere humans losing our jobs.

Well, certainly, such fears are not altogether unfounded. There are fewer tellers at banks due to ATMs. There are fewer checkout people at my local market and Home Depot due to automated checkout counters. The first victims of AI were low- level repetitious jobs. Now, however, it is expected that AI will cut into many white collar jobs. AI is already being used to write news stories, for example, and it is even being used to manage wealth portfolios and make instant loans.

I have to confess that when IBM’s Deep Blue unseated chess grandmaster Gary Kasparov in 1977, I lost some of my enthusiasm for chess. I sort of felt, “Well, what’s the point?” I’m afraid that’s the depressive side of my personality poking its nose out. But you’d think it would be Gary Kasparov who would be depressed. Not so! He’s become a big champion of human experts using the power of AI to supplement their own powers. He sees AI not as a threat but as a partner, just as power tools greatly increase what a skilled worker can accomplish in a given amount of time. Kasparov makes his point with great charm and enthusiasm in his TED talk (http://tinyurl.com/yco6eqfu), which I highly recommend.

Sounding a similar note, Google is also launching several research initiatives aimed at finding new ways for humans and AI systems to collaborate effectively. While noting that a great deal has been made recently of the potential for AI to eliminate jobs and replace humans, they argue that the technology may often serve as a powerful new kind of tool capable of automating only part of a person’s work. Figuring out how to get humans and AI algorithms to collaborate effectively could have big economic significance, and it could shape the way the workforce is educated. It might also play a role in tempering negative reactions to the growth of automation in many settings.
Barbara Grosz, a professor at Harvard University, has long argued that computer scientists should design AI systems to complement rather than replace people. She adds that human and machine capabilities can add up to more than the sum of their parts.

At this point, experts disagree as to whether AI and robotics will create a tsunami of job loss and unemployment. Some see that scenario as just around the corner. Others see it as many years off (http://tinyurl.com/gver6bu), and yet others foresee a future in which human beings are needed in ever greater numbers to supervise and wield these tools. In that view, human creativity and intelligence will continue to be as important as ever.

So, I will be so bold as to suggest that the first step for thriving in the age of AI is to move from fear to your own creativity. What sort of jiu-jitsu move can you come up with, to go with the momentum and thrive? How can you pivot from the training and life experience you already have to prepare to be a player in this emerging
reality?

Consider the case of Kai-Fu Lee, PhD, the founder and CEO of Sinovation Ventures and the president of its Artificial Intelligence Institute. He discovered he had a serious case of potentially terminal cancer. Dr. Lee describes himself as having been one of those typical alpha personalities who devoted all his time and energy to driving his company forward. Fortunately, after his cancer treatment, he recovered from this close brush with death. The experience led him to completely reorder his priorities. He elevated his family, friends, and positive contributions to others to the top of the list. I do recall that he spoke about the widespread fears that AI would cost jobs and make us obsolete, but he argues that AI and androids and such can’t offer what is uniquely human, which at its base is love. He envisions a future in which large numbers of people migrate into service professions requiring human warmth, understanding, and compassion. (http://tinyurl.com/ yczp22bp)

Thus service to others becomes not only a huge new employment sector but also raises the general level of happiness.

Humanistic psychology and the emerging field of positive psychology provide guidance in such a cultural shift. For example, a recent study cited in The Neuropsychotherapist found that among older adults friendships were more sustaining than the family ties from earlier life. A change of mindset from “more stuff” to “more friendship, love, and experiences” will definitely help those workers who will be downsized or let go. Within limits, less money does not have to equal less happiness. A therapist friend of mine recently observed that the millennials he knows seem to be gravitating toward this sort of shift.

I’ve long been of the opinion that we need a new economic model to deal with the coming joblessness that is predicted. My thinking has been that we need a guaranteed universal income for all citizens at the bottom of the wage scale. This could be helpful in two ways. First, it could eliminate real poverty and, second, it would hopefully get rid of the stigma attached to being on the dole. I guess I must be a genius because I see that recently both Mark Zuckerberg and Elon Musk have proposed something similar. Both men have committed their companies heavily to AI. Both see the handwriting on the wall.

Who knows whether or not our government will ever rise to implementing such a sensible solution? In the meantime, start working now on finding ways of building your sense of self-worth apart from your job. Cultivate other sources of self-esteem through family life, friendships, hobbies, volunteer work, club memberships, and religious/spiritual practices and affiliations. Prepare to pivot! 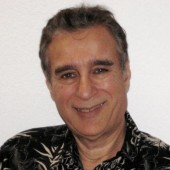 Dr. David Van Nuys is psychology professor emeritus at Sonoma State University. In addition, his market research business, e-FocusGroups, has served such distinguished clients as The New York Times and Apple Computer. A University of Michigan trained clinical psychologist, he leads workshops across the U.S. and Europe. A prolific author and speaker, he collaborated on a book about the infamous Zodiac serial killer. For the past 15 years he has produced the award-winning Shrink Rap Radio psychology podcast. He also writes about the intersection between psychology and technology

The Power of VR

Grounds for the implementation of the 1st complete A.I Psychotherapy model

Are Robots More Threatening The More Human They Appear?

The Neurological and Psychological Impacts of Social Robotics