Grounds for the implementation of the 1st complete A.I Psychotherapy model

How multidisciplinary theory crosses the disciplines of computer engineering and cognitive science.

Problem-solving, knowledge representation, and programs, are the tools to build a multidisciplinary theory that crosses the disciplines of computer engineering, cognitive science, and A.I. That way also explained how the discovery of intelligence assists to treat mental disorders. Additionally interpreted how to boost the existing psychotherapeutic modalities, by applying both technologies to therapy, and psychoanalytic techniques, through state-of-the-art intelligent systems.

John Haugeland was the cognitive scientist and philosopher that reached the meaning of being and existence bridging A.I, physics, computer science, philosophy, and psychology in a unique manner.
In his books, topics by A.I Philosophy (Strong/Weak A.I-GOFAI), Philosophy of Mind, and, the existential point of Heidegger & Hegel, as well as the insights in Logic and computation, studied according to a modern interpretation based on cognitive science.

“It is exciting that he also continues with Descartes and his attempt through his work to connect the ideas in geometry, philosophy of spirit, and physics, making parallelism between the relation of the symbols and the representations of the meaning in the above areas”.

The role of Computer vision in the A.I Psychotherapy model

Computer Vision as a research topic is applied in Robotics to explain the ways that through many systems are extracted data from the environment. Margaret Boden’s view in Computer Vision offers an interdisciplinary analysis of how it relates to Gestalt therapy, Cognitive Psychology, and the Theories of Perception.

In order to present a complete model of A.I Psychotherapy, computer vision can be used as the main tool of building a model of information processing and data mining. Applying the investigations of Computer Vision in the current theories of visual perception, we may draw parallels between the use of image processing, the algorithms developed, and the knowledge by the transference of the visual information.

All these can be applied to a united theory of vision, offering therapy based on the logic management of visual stimuli by the engaged cerebrum structures and areas

On the Cognitive Architectures (SOAR, ACT, CLARION, etc.) as they are applied in Robotics and Cognitive Science, and their use to reach a higher cognitive function through the A.I Psychotherapy.

An advanced perception is possible to benefit from the knowledge level and the right manipulation of knowledge. This informs cognition about the logic relationships and assists in processing the gestalts, acquiring knowledge about the knowledge (metaknowledge), using the laws of reason to achieve advanced decision-making and planning abilities.  John Laird says that achieving the Knowledge level requires ultimate rationality and that the challenge is to provide the structures and methods to reach the Knowledge level. He states that one of the hypotheses of research on cognitive architectures is the combination of large bodies of knowledge and of the underlying set of fixed processes that manipulate the knowledge, reaching intelligence and rational behavior (Laird, 2012,p.9).

The use of Classes (from C++) to implement code that reflects the theory and methods of the A.I Psychotherapy

The values are assigned according to the representation arisen by the measurement of a sample of information by the visual and auditory stimuli. Additionally, let’s define the variable compoutput that its role is to return the perceptual information from the senses in a united manner, following the data processing and the computation that takes place in the mind. Thus, we can define the class as follows:

According to the above example, it is possible to create classes that cover the functions of the A.I model, approaching what we want to transfer in code. Moreover defining objects in the class (such as Expansion mind) we can use the objects (mind) creating different routines building the program that we want to design, or everything given in natural language, or executable code.

How the interface of A.I Psychotherapy and code becomes possible

McCarthy tries to formalize Common Sense in his book, and Mark Colby gives examples of the programs that have the potential to run in a computer, simulating with a precise manner the thought of a client and a therapist, according to specific rules, applying heuristics, and search mechanisms.

Staying identified with truth, reality, and the normal reasoning, in the book the “Colors of the Sunrise” offered the entire framework of human thought and of its application according to a STRONG AI Model.

The model as it is described in the series gives the cognitive foundation to understand the study of the perceptual information according to the right cognitive schemas. It is not random that McCarthy is committed to logic programming and mentions the tool of the first-order logic, formal language, and modal logic as suitable manners to formalize the patterns of the outer world.

This formalization is proper for every computation of a machine or an automaton. It is proved that LOGIC exists behind the patterns of code, and programming, as their routines generate from the translation of formal language to code, and the grammar, syntax, and semantics, of the formal language.

A.I, Philosophy, Psychology, and Neuroscience; the modern study of consciousness and the self.

The Cognitive and Computational Neurosciences have already provided the ground to explore the processing of information and data in many different levels of human experience and the computational framework that supports the biological, psychophysiological, neurodevelopmental, genetic, and biochemical activity according to the use of principles from engineering and modeling.

Within the works of Gazzaniga (2009, 1998), Churchland (1986), Dennet (1991), and Fodor (1983) covered multiple aspects of these issues, bridging neuroscience with cognitive sciences employing tools and the methodology by the philosophy of mind, epistemology, and philosophy of science.

The hypothesis of the A.I Psychotherapy project is based on the findings of contemporary cognitive research. Human consciousness, mind, and self, described not through a static definition or closed structure, but through the relationship and the dynamic interplay of the findings in many of the above-mentioned levels of human experience and patterns of activity (Deheane, 2014; Koch, 2004).

Link to the Academic Edition of the 1st volume of the Series that presents the A.I Psychotherapy model: “The Psychotherapy of Whole: Aesthetics, Philosophy, Humanism, and Cognitive Science,” published by Glasstree Academic Publishing (USA): 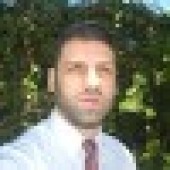 The Promise of Technology for the Aging Brain